Shopping Cart
Your Cart is Empty
Quantity:
Subtotal
Taxes
Shipping
Total
There was an error with PayPalClick here to try again

Thank you for your business!You should be receiving an order confirmation from Paypal shortly.Exit Shopping Cart

On June 8th, 2013 the Missouri Psychological Association (MOPA) honored Dr. Michael Murrell, as well as eight other psychologists, with an Award Recognizing 30 years of Service to the Mental Health Profession. MOPA is a professional organization made up of licensed psychologists who have an annual meeting to provide training and fellowship for their members. This was a great honor to be recognized among my peers and I am very appreciative of this recognition. 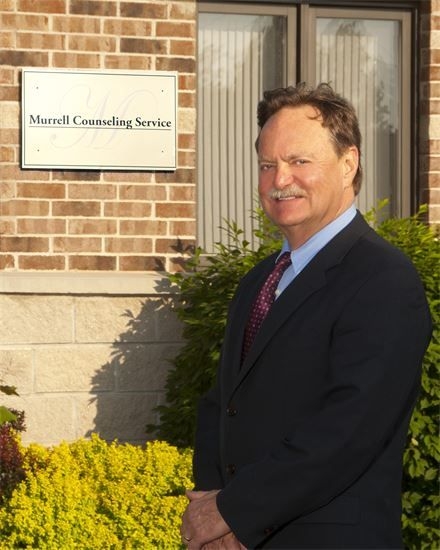 Dr. Michael Murrell in front of the offices at 1358 E. Kingsley suite B. It is easy to find the office just go to the corner of Kingsley and Fremont. You will see the entrance to the office complex only 50 feet West of the intersection on the South side of the street. Our offices are in the S.W. corner of the parking lot.

In January 2006, Dr. Murrell and Dr. Maloney were given the exclusive V.A. contract for psychotherapy and psychological evaluation of returning military veterans suffering from Posttraumatic Stress Disorder. Obviously there are many other situations that prove to be traumatic in civilian life. Many individuals who are going through divorce, recovering from an accident, have experienced an abusive relationship or suffered from an unexpected loss also qualify as having Posttraumatic Stress Disorder.

These are some of the signs and symptoms of posttraumatic stress disorder also known as P.T.S.D.

For more information see www.WebMD.com. Here are some of the most common symptoms that are associated with this diagnosis: (from the DSM-V)

1. The person has witnessed a traumatic event in which the person experienced, witnessed, or was confronted with an event that involved actual or threatened death or serious injury.

It may also involve several of the following symptoms:

3. intrusive recurrent thoughts about the event

4. recurrent dreams about the event

5. acting or feeling as if the traumatic event were recurring (often occurring upon falling asleep or awakening) which involves hallucinations, illusions, and a sense of reliving the experience in dissociative flashback episodes. Such experiences can make clients think that they are psychotic or "going crazy" because they are so disconnected with their surroundings.

6. intense psychological distress at exposure to internal or external cues (i.e. difficulty driving a car after a severe car wreck or difficulty dating after a difficult divorce). This can be triggered by watching a movie or reading a story about a similar trauma that happened to someone else.

7. physiological reactivity (body tension) when exposed to an internal or external cue that is associated with the trauma

8. difficulty falling or staying asleep. Often times survivors suffer from difficulty with a chronic stress response that does not allow them an opportunity to achieve deep sleep. This leads to sleep deprivation which only exacerbates the symptoms and the need for a skilled psychologist to teach them relaxation training.

9. increased irritability or outbursts of anger. This often comes from being exhausted by the chronic state of alertness and sleep deprivation.

10. difficulty concentrating. This is a common symptom and can be life threatening if not treated. If someone is suffering from P.T.S.D. they may not be capable of driving an automobile or working a full time job until their symptoms are resolved.

11. hypervigilance (always scanning the environment for signs of danger). This occurs when someone has been in a crisis situation that caused them to be on constant alert for anything that might resemble the features of the original traumatic situation. In other words, anything that looks like, sounds like, smells like, tastes like or feels like the original traumatic memory will elicit a similar response.

12. exaggerated startle responses. In other words, if someone jumps when they hear a noise or see someone that they did not anticipate they that would qualify as an exaggerated response.

On December 6, 2016 Dr. Murrell was awarded a Special Recognition Pin for Five Years of Outstanding Service to the veterans served by QTC/Lockeed-Martin defense contracting. This award was for working with veterans to provide accurate diagnosis for those service members who are being discharged from the military. QTC is contracted through the Department of Defense to provide a "second opinion" from civilian psychologists as to the proper diagnosis of veterans at Ft. Leonard Wood.

On March 19, 2017 Dr. Murrell completed training with Dr. E. C. Hurley, D.Min, PhD in his workshop entitled Treating Complex PTSD with EMDR Therapy among Veterans and Terrorism Survivors. This workshop brought out the latest research on methods to treat Veterans. Unfortunately the latest statistics suggest that as a group Veterans are committing suicide at a rate of 22 a day.